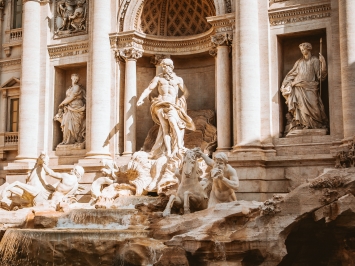 The Italian position on the DSA proposal

After the presentation of the DSA and DMA proposal in December 2020, the European Policies Department and the Ministry of Economic Development were identified as the governmental departments respectively responsible for the definition of the Italian position on these two draft Regulations.

In April 2021, the Ministry for Technological Innovation and Digital Transition (MITD) took the coordination of the works on the Digital Markets Act (DMA), the Digital Services Act (DSA) and the Data Governance Act (DGA). In early May 2021, the first plenary session was held, coordinated by the MITD, in agreement with the European Policies Department and the Ministry for Economic Development, in order to acquire the positions of over 40 stakeholders on the above-mentioned regulatory proposals and define the Italian government’s position at the European working tables.

The websites of the MITD, European Policies Department and Ministry of Economic Development currently do not provide any information on the state of the debate around the DSA at the level of the Italian government. The only relevant (though very limited) information is made available on the website of the European Policies Department (Interministerial Committee for European Affairs), and concerns the meetings of the Technical Evaluation Committee (held on 26 March and 12 April 2021) where the Committee discussed unified coordination by the MITD on the DSA, DMA and DGA dossiers.

The most informative document so far concerning the Italian position on the DSA proposal is the “Opinion of the Italian Parliament (Camera dei Deputati) on the application of the principles of subsidiarity and proportionality”, transmitted to the European Council in early September 2021.

The Opinion expresses an overall positive evaluation of the Commission proposal and concludes with the following (rather generic) observations:

The Italian legal framework on intermediary liability and content regulation

The Italian legal framework governing the liability regime of intermediaries and their content moderation obligations has substantially remained unchanged since 2003, when the legislative decree 70/2003 – implementing the e-Commerce directive – was adopted.

Italian courts, in a set of recent judgements, have addressed complex DSA-related issues, such as the qualification of the contractual relationship between platforms (Facebook) and its users and the limits posed by constitutional principles to platforms’ autonomy in defining (and enforcing) their terms of service. However, as pointed put by Bassini, the contradictory outcomes of these decisions, reflect a certain hesitance of the Italian courts in developing systemic reflections on the constitutional implications of the role played by big platforms, rather signaling a preference – in the lack of legislative interventions – for a case-by-case approach.

Over the past years, the Italian legislator has not been discussing bills such as the ones passed in other EU countries (Germany and France in particular) to update the e-Commerce directive regime and impose on the intermediaries stricter content moderation duties. Some initiatives, however, have been taken to counter-act disinformation in particular circumstances and emergencies.

For instance, before the 2018 elections, the Ministry of Interiors introduced an online reporting system, the “Red Button Protocol”, through which users could signal to the Polizia Postale – a law enforcement body in charge of investigating online crime – networks of content “attributable to fake news”.

In 2019, the Italian Parliament initiated the discussion of a bill concerning the creation of a Parliamentary Commission of Inquiry on the massive spread of false information. In July 2020, the lower chamber approved the establishment of this Commission, but the initiative encountered a stalemate since the passage of the proposal to the Senate.

Moreover, in April 2020, during the first Covid-19 lockdown, the Presidency of the Council of Ministers established a task-force for monitoring and contrasting the diffusion of Covid-related disinformation on the internet.

Italy is the first beneficiary, in absolute terms, of the resources made available by the EU under the “Next Generation EU” recovery plan. The Recovery and Resilience Facility (RRF) alone granted Italy resources for € 191.5 billion, to be invested in the period 2021-2026 according to a plan which was endorsed by the European Commission in June 2021.

The Covid-19 pandemic hit particularly hard on Italy, a country which was already suffering from economic, social and environmental challenges. The introduction to “Italia Domani”, the National Recovery and Resilience Plan, provides a grim outlook on the Italian economic and social context. For instance, over the last two decades, the GDP of Italy has grown by a total of 7.9%, while the GDP of Germany, France and Spain increased over the same period by respectively 30.3%, 32.4 and 43.6%. Moreover, Italy is the EU country with the highest rate of people aged 15-29 who are not in education, employment or training (NEET).

Due to a generalized failure to adapt to the challenges posed by digital transformations and tap into the opportunities offered by such transformations, Italy is currently not a frontrunner in the digital economy and this might play a role in shaping its attitude and positions in the current EU negotiations on digital policies.

Italy’s National Recovery and Resilience Plan allocates 25% of the total € 191.5 billion to the digital transition under its Mission n. 1, “Digitalization, innovation, competitiveness, culture and tourism”. The investments are aimed at supporting the following interventions:

The “Italian Cloud Strategy”, which derives from the NRRP and was published in September 2021, is based on three core pillars:

Another significant policy development relates to the fight against disinformation. On 20 September 2021, Italy announced the launch of its national hub on disinformation, the Italian Digital Media Observatory (IDMO). The Observatory is part of the EU-funded European Digital Media Observatory project, which aims to enable and support a network of eight national hubs that will help monitor the implementation of the EU Code of Practice on Disinformation. IDMO is the result of a consortium that includes the LUISS (project coordinator) and Tor Vergata universities, telecom provider TIM, public broadcaster RAI, media outlets GEDI group and Corriere della Sera, SMEs and Pagella Politica, the Italian Member of the International Fact-Checking Network.

Photo by Christopher Czermak on Unsplash